Discover and analyze all your APIs to detect and mitigate security risks before they are published or discovered.

API Sentinel integrates with your existing infrastructure to discover, inventory and analyze all your APIs in real-time, allowing you to mitigate security risks before they become incidents. 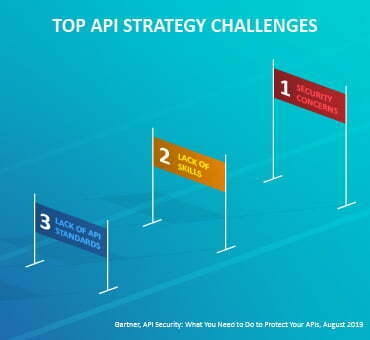 Continual API endpoint analysis against security best practices results in a Risk Factor between 1-10 that is visually displayed in the dashboard. The risk score can be used to quickly target specific API improvements and address security gaps – before they become problems.

Perform a runtime comparison of your APIs against OpenAPI specification to discover and flag API endpoints, headers, parameters and response codes that may not be listed in the specification. Non-conformant APIs can be updated by development, effectively mitigating security risks before they reach production. Native integration with your existing API management infrastructure provides automatic discovery of knowingly published as well as shadow APIs. Default and customizable groupings provides your team with complete picture of your API footprint.

Analyze usage based on countries, IP addresses and organizations that your API requests are originating from. Filter results using predefined or custom views. Gain insight into headers, parameters and response codes for a more complete picture of your risk exposure.

Deployed as a Kubernetes application in managed environments like Amazon EKS and GCP GKE, API Sentinel integrates with your API management infrastructure you can quickly begin tracking, monitoring and reducing the risks your APIs may introduce. Analyze all your APIs based on security best practices to determine their overall risk. Remediate errors prior to publication and eliminate security gaps.

Visibility provided by an up-to-the minute inventory and usage analysis of all your APIs helps ensure they are secure.

Analyze your APIs against your OpenAPI specification to uncover and remediate possible security gaps – before they are discovered by attackers.

Every day, Cequence Security analyzes and protects billions of application transactions for customers in the financial services, retail, and social media industries. Listen to Joe Krull, Senior Cyber Security Analyst at the Aite Group summarize his discussion with one of our API Sentinel customers in the financial services industry. The case study is an excerpt from the joint webinar Cequence and Aite Group held on Oct 27 titled A View into API Attacks and Vulnerabilities.

A Look into API Attacks & Vulnerabilities With Research from Aite Group

The constant flow of successful API based attacks and reported vulnerabilities proliferated in 2020 and are expected to continue to dominate the cybersecurity landscape for at least the next 18-24 months. API security fundamentals have been overlooked in the past and there is a very low level of awareness among API implementers and developers. In March 2020, research and reporting by Aite Group revealed that the majority of security professionals at financial services organizations could not accurately define the number of APIs that traverse their networks. In August 2020, Aite Group released the results of interviews with more than 50 developers and security professionals at financial services, fintech and insurtech companies that further revealed that API creators do not fully understand the API threat landscape and the majority are not following recommended guidance for API security. To hear about the specifics of their research and Aite Group’s recommended API Security Best Practices, join Cequence and Aite Group’s Senior Cybersecurity Analyst Joe Krull on October 27 at 11AM PST. Cequence will also introduce the features and functionality of its API Sentinel solution which can help organizations overcome many of the API vulnerabilities highlighted in Aite Group’s report.

Six Things Your API Visibility and Monitoring Solution Must Do

With a mix of development-oriented tools, gateways and vulnerability focused solutions - researching API security solutions can be confusing. Operating under the premise that security begins with visibility, this paper outlines the six must have requirements for an API visibility and monitoring solution.

Regain control over your APIs today.